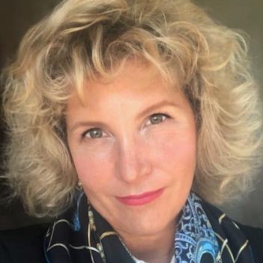 Heidi leads the Healthcare business unit and drives the effort of the team to offer innovative training solutions and revolutionize the way healthcare professionals are trained, particularly in light of how COVID-19 has changed the world of healthcare.

As EVP Business Development and Growth Initiatives, Heidi’s role at CAE is to partner with the business unit leaders to identify and drive new avenues of growth across CAE. She will play a leadership role in the development of a data and advanced analytics strategy for CAE as well as, in collaboration with the rest of the Executive Management Committee, create an overarching Artificial Intelligence (AI) strategy focusing on both productivity and strategic AI efforts.

Heidi has over 25 years’ experience analyzing, creating and driving strategic growth in the Aerospace and Defence industry and has been recognized for her dynamic leadership, driving transformation and creating value for numerous Fortune 500 companies.

Prior to CAE, Heidi spent several years at L3 Technologies, where she was the Senior Vice President (SVP) of Corporate Strategy and Technology, responsible for five functions: Engineering/Technology, Mergers & Acquisitions, Communications, Investor Relations, and Strategy. She created and led all aspects of the strategic merger with Harris Corporation, which resulted in a company with $17B in combined sales and the 6th largest US defence prime. This deal was not only the largest merger‐of‐equals in Aerospace/Defence at the time but was also the fastest run. It was widely lauded by Wall Street; from deal announcement to deal closure.

Before L3, Heidi was SVP, Corporate Strategy at Spirit AeroSystems, the largest aerostructures company in the world, where she helped execute a successful turnaround. Prior to Spirit, Heidi served as Managing Director at Morgan Stanley and was a leading Wall Street analyst for two decades, widely regarded as one of the industry’s thought leaders. She was named to the Institutional Investor All-America Research Team for 14 straight years and took numerous companies public, including Embraer and iRobot.

In addition to recognition on Wall Street for her expertise, Heidi has won numerous other awards, including SAP’s Innovation of the Year Award in 2018 for building L3’s state-of-the-art enterprise analytics effort. She was a director of the Board on non‐for‐profit organizations including Rise Up for Youth and The Space Foundation. In 2001, she was appointed by U.S. President Bush as a Commissioner on ‘The Future of the U.S. Aerospace Industry’. Currently, Heidi is a Board member of the Wings Club and a member of the Defense Science Boards’ study on the Aerospace/Defence industrial base.

Heidi R. Wood is an honor graduate with a Bachelor of Arts from Brown University.