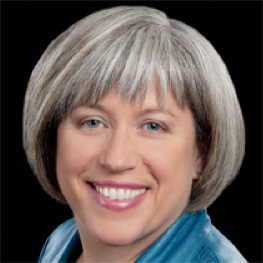 Geneviève Moineau, MD, FRCPC, is President and CEO of the Association of Faculties of Medicine of Canada (AFMC).

The AFMC is the academic partnership of Canada’s faculties of medicine, whose mission is to achieve excellence in education, research and care for the health of all Canadians, through collective leadership, expertise and advocacy.

At the University of Ottawa, Dr Moineau has served as Associate Dean, Undergraduate Medical Education, where she led the faculty through a complete curriculum renewal and an outstanding MD program accreditation result. Other roles held include Pediatric Clerkship Director and Paediatric Emergency Medicine Program Director. She has been nominated as the Honorary Class President by the graduating class on seven occasions, has had a Faculty of Medicine Leadership Award established in her name, and is the recipient of the Faculty of Medicine 2010 Award of Distinction.

Dr Moineau joined the AFMC in 2011, when she took the position of VP Education and Secretary to CACMS and CACME. In these roles she led the secretariat for the Canadian Conference on Medical Education, and supported the Future of Medical Education in Canada MD and Postgraduate projects.

Since 2013 as President and CEO, she has led the development of a memorandum of understanding with the Association of American Medical Colleges (AAMC), the American Medical Association, and the Canadian Medical Association on the Canadianization of medical school accreditation, has initiated the transfer of the Canadian Graduation Questionnaire and all AAMC data on Canadians to the AFMC, and has supported the implementation of the AFMC Student Portal. She has also recently negotiated a collaboration agreement with the Conférence Internationale des Doyens et des Facultés de Médecine d’Expression Française (CIDMEF).